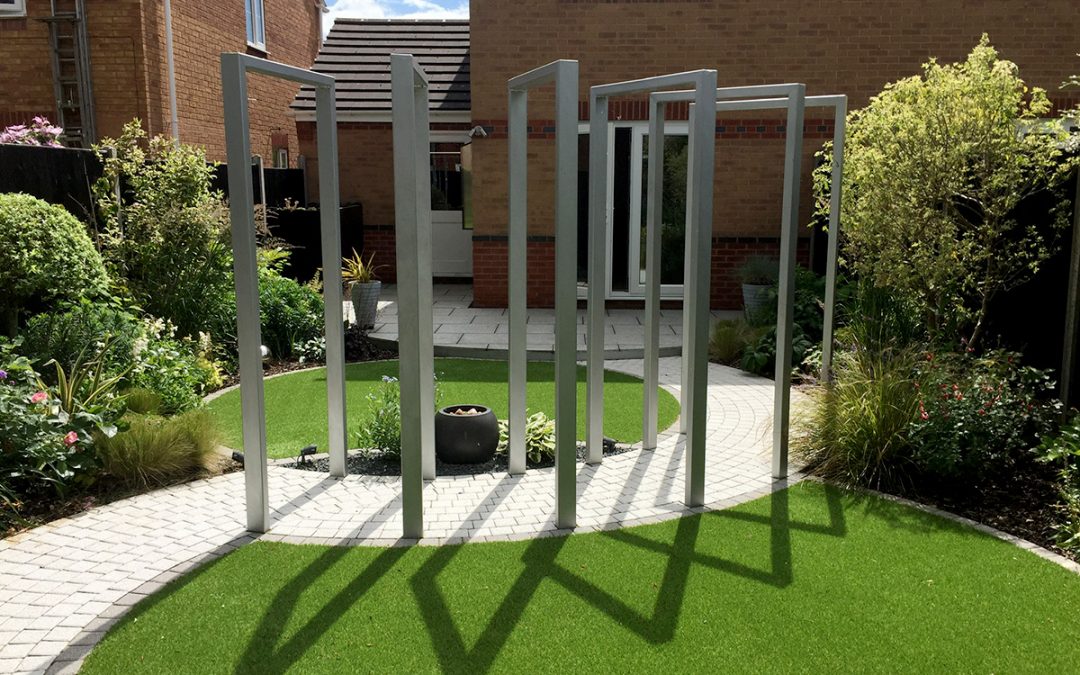 In this small, modern garden in Branston, Staffordshire, our client had a firm idea of what they wanted – curves and circles. We managed to convince our client that too many curves and circles might be a bit too much, so we designed our scheme with some structural elements to hold the design together.

Our client’s home has a north-facing rear garden, so we placed a sunny seating area at the far end. The layout is made up of two circular lawns with a cobble path running around them. Either side of the lawns are deep planting areas. At the join of the two lawns we placed some steel arches. These perform a twin role of screening from the far seating area, and also adding some straight lines to contrast the curved lawns and paths. We also included a small water feature and lighting.

The front garden was south-facing and any plants our client had planted there in the past had died in the heat. We continued our circular theme with a series of semi-circular box hedges, interspersed with heat-tolerant plants and grasses.

The hard landscaping was installed by Alan Watson from Garden or Home. 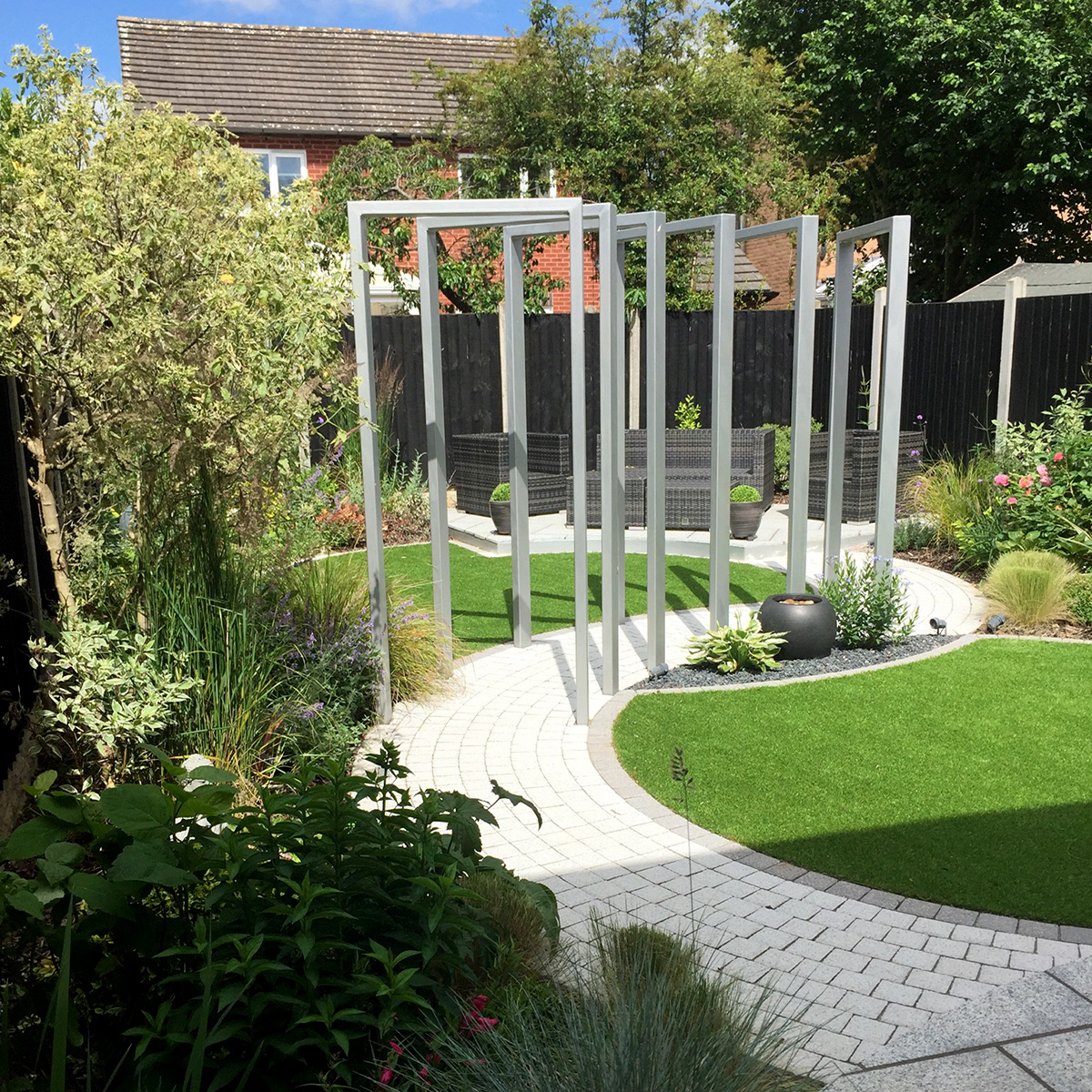 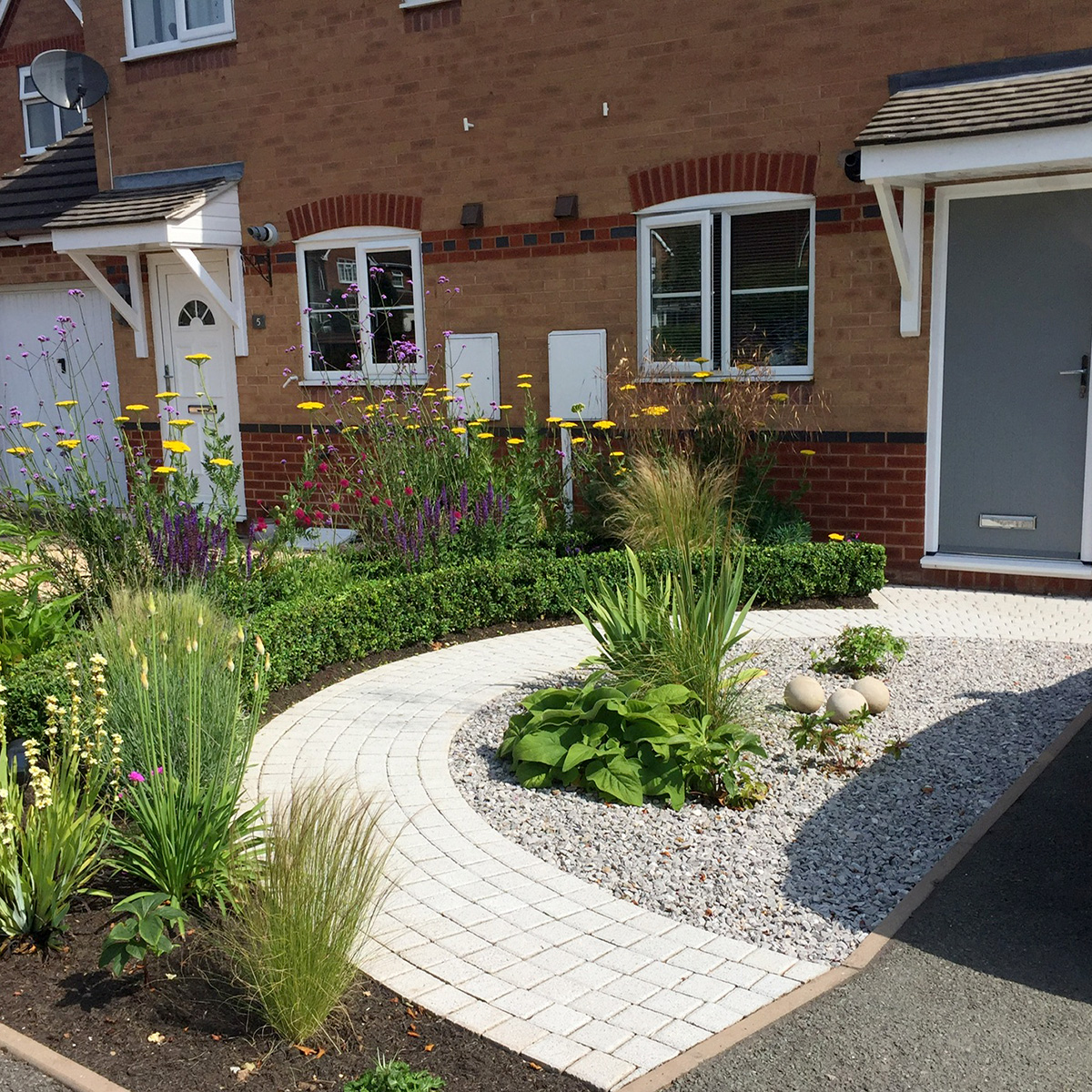 If you would like to receive news and service offers direct to your inbox: