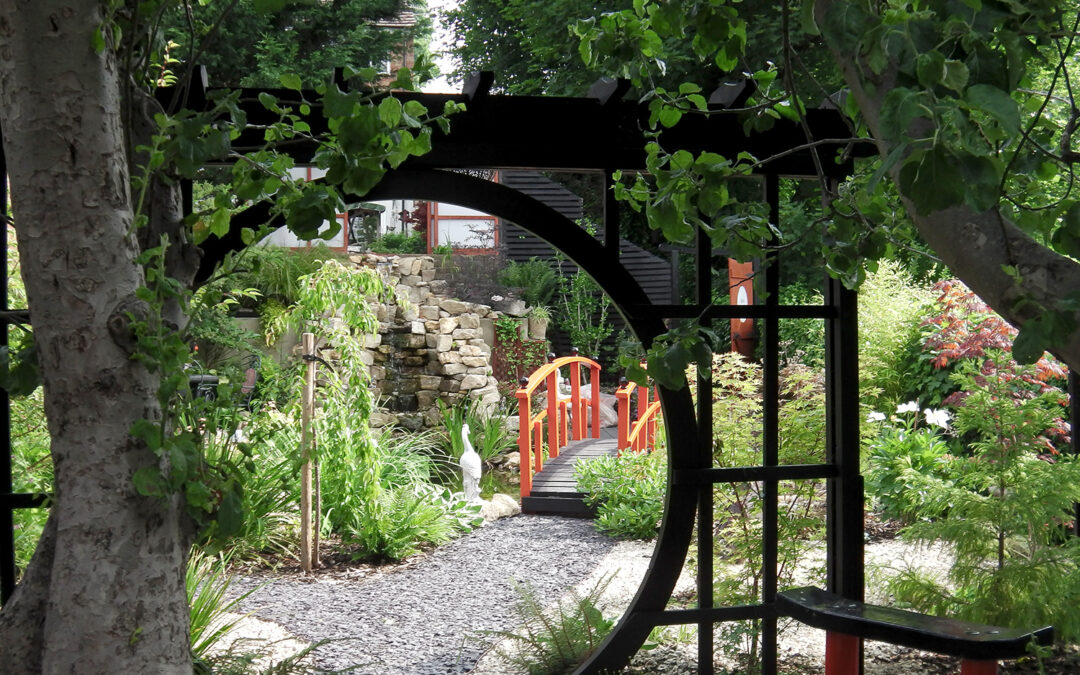 When we visit new clients for the first time, we ask them if there are any garden styles they prefer.

Some people say they’d love a contemporary style, and others might favour a cottage garden feel. But, on the whole, most clients don’t have a firm idea of what they want.

And some clients do.

About a decade ago we designed a Japanese garden in Rothley, Leicestershire. That garden featured on our website for a long while, until we replaced it last year with some more current projects. Our client, who lives in West Wycombe, Buckinghamshire, spotted it and got in touch. He was looking for a Japanese-style transformation of his sloped garden, and he needed our help.

As Buckinghamshire is a long way from our base in the East Midlands, at first, we were a little reluctant to get involved. Usually, our long-distance design projects tend to be more simple. We can’t make repeated visits to projects over 100-miles away without eating away at the budget with travel expenses. But on this occasion, we decided to take the project on. Firstly, the client was very keen to work with us, and secondly, I have friends who live about 5-miles away, so I was able to combine business trips with meeting my friends afterwards!

A Flavour of the Orient in the Home Counties

The client’s house is on the side of a steep valley. The south-facing garden, as we found it, comprised a small, flat lawn as you came out of the back of the house. The garden then dropped about two metres, via a couple of blockwork retaining walls and a long, steep concrete slope, and then continued along downhill until you came to a concrete outbuilding and a shed. Tall trees surrounded the site, and there were a couple of mature trees in the garden the clients wished to retain.

Our client was very keen to create the garden himself and had done lots of research and sketched out his idea of how things would be. We disagreed a little on the layout but after a lot of emails and phone calls, we came to a compromise and the extraordinarily stylised design came together. The central feature was the bridge which the client had made, so he needed water to cross. The substantial natural drop in the garden leant itself to a rock water feature with a waterfall, so that gave us the position of the bridge.

The existing shed space became a destination Tea House, reached through a custom-made timber Moon Gate. We created gravel and slate paths, bench seats were built, and I specified planting sympathetic to the Japanese style.  We used two mounds of grassy foliage to suggest a broader landscape, and if one imagined being in a country of mountains, these were the foothills.

Part of the garden’s success is the idea of using Japanese screens at the end of the upper part of the terrace to completely hide the lower garden from view until they slide back, revealing the pond and the bridge below. But more than anything, this garden is a triumph of a single-minded client’s determination to see it through. 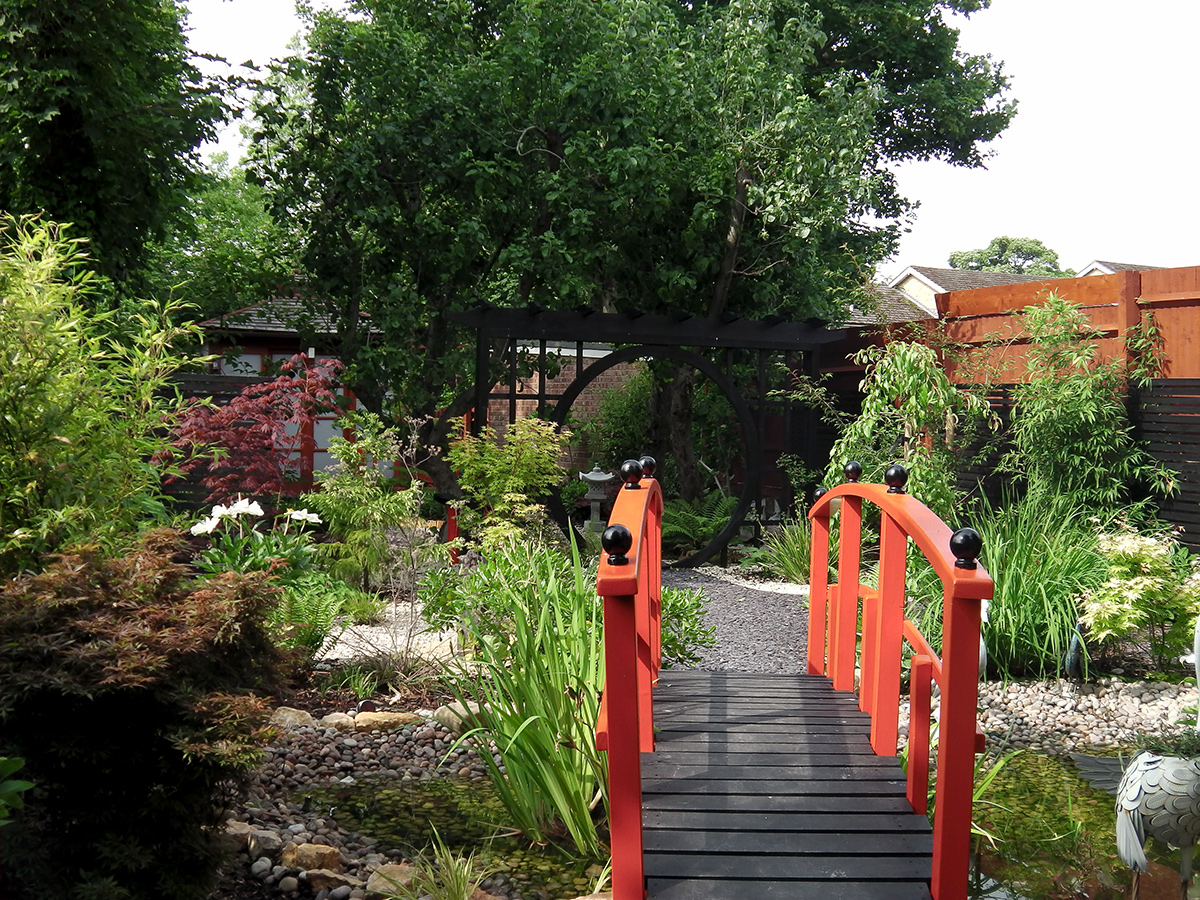 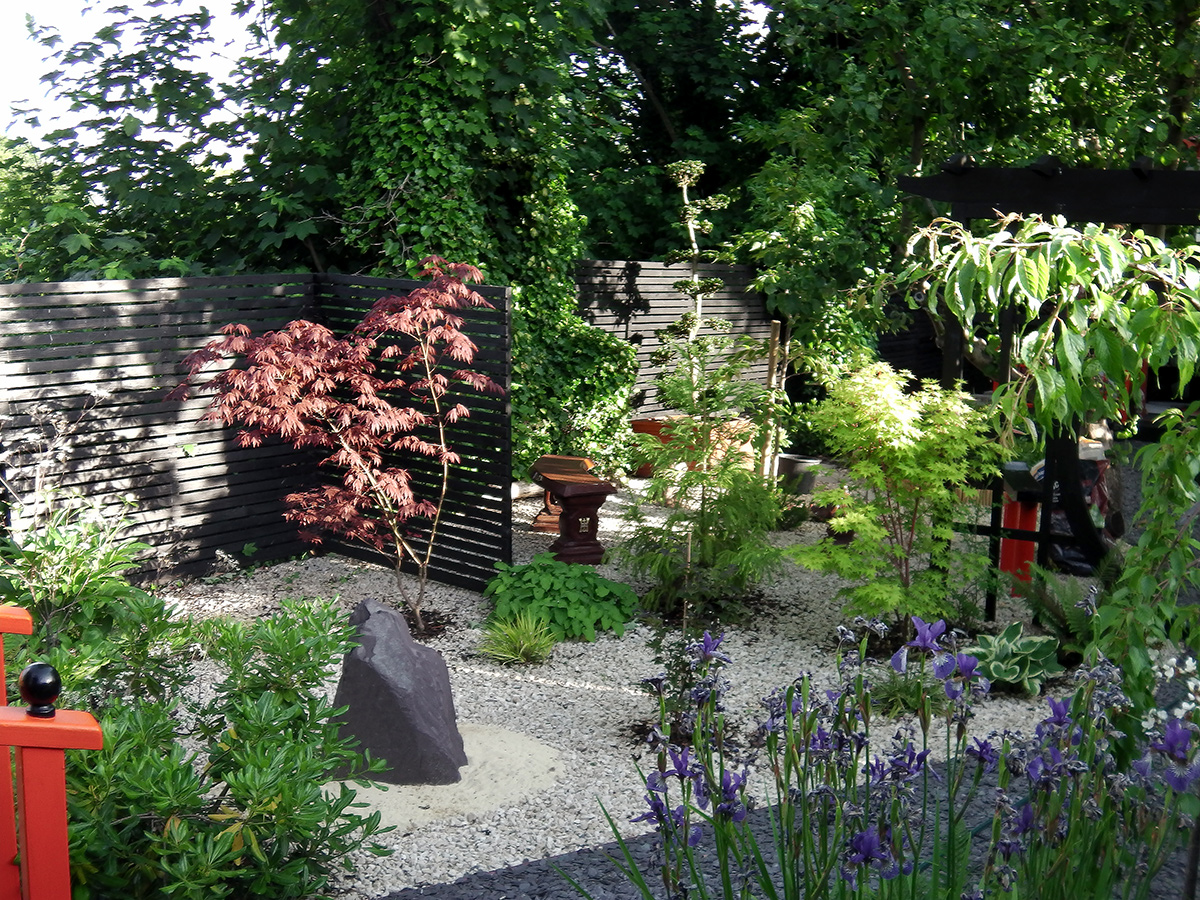 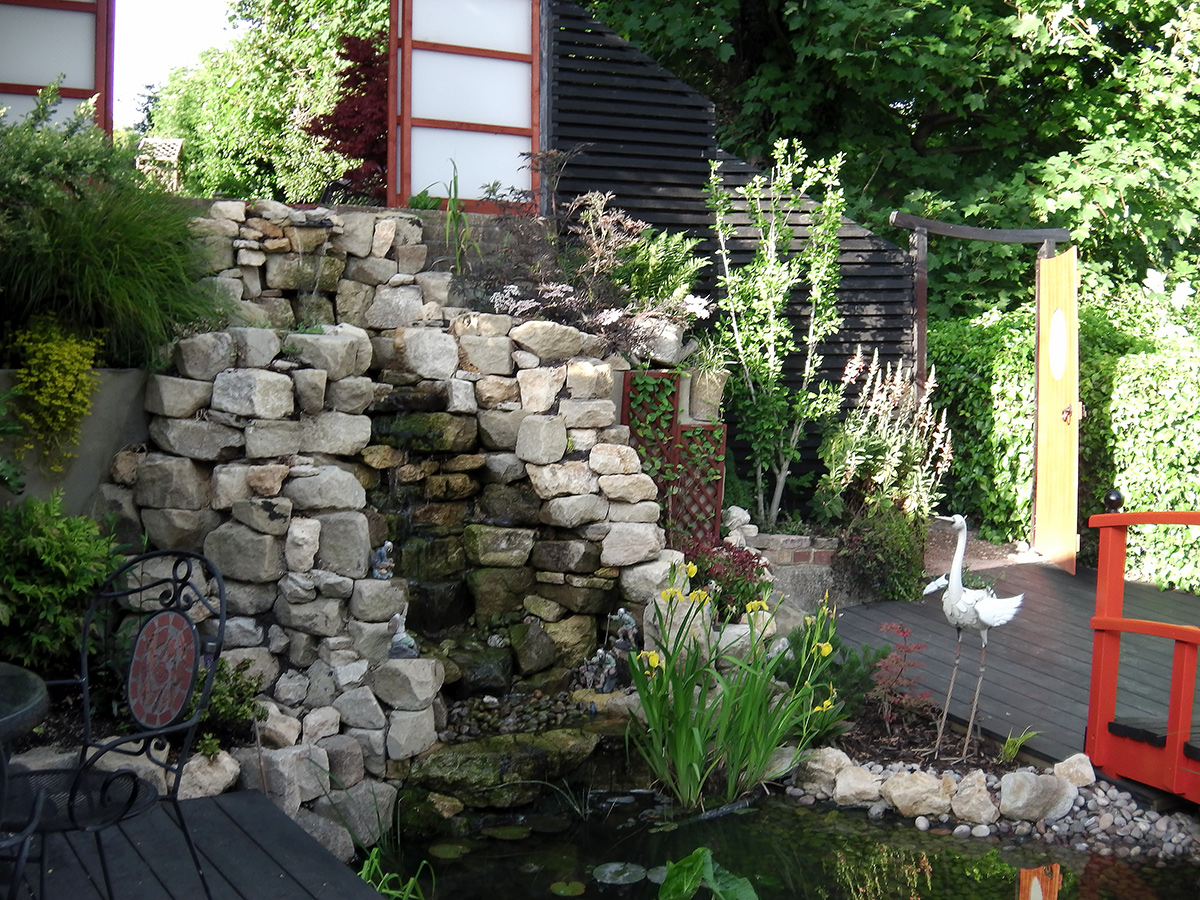 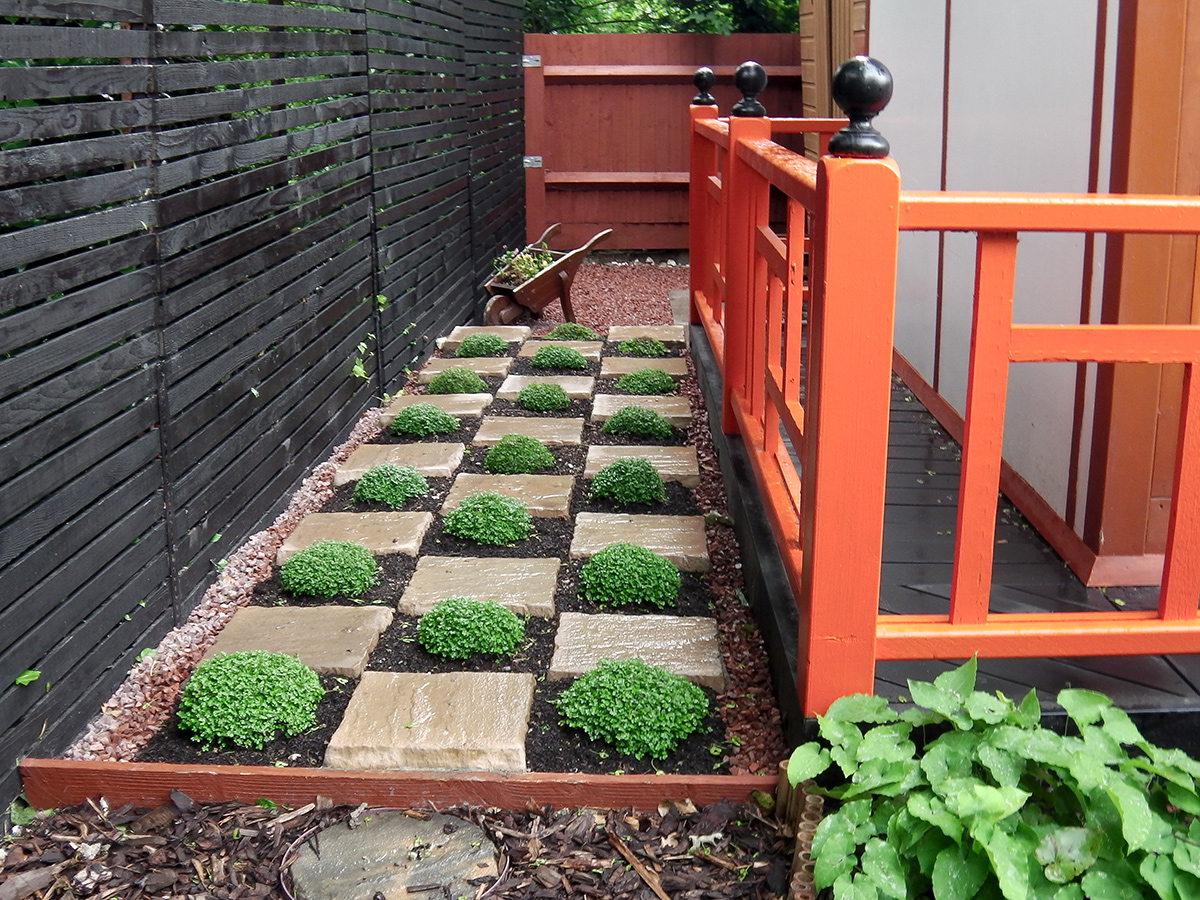 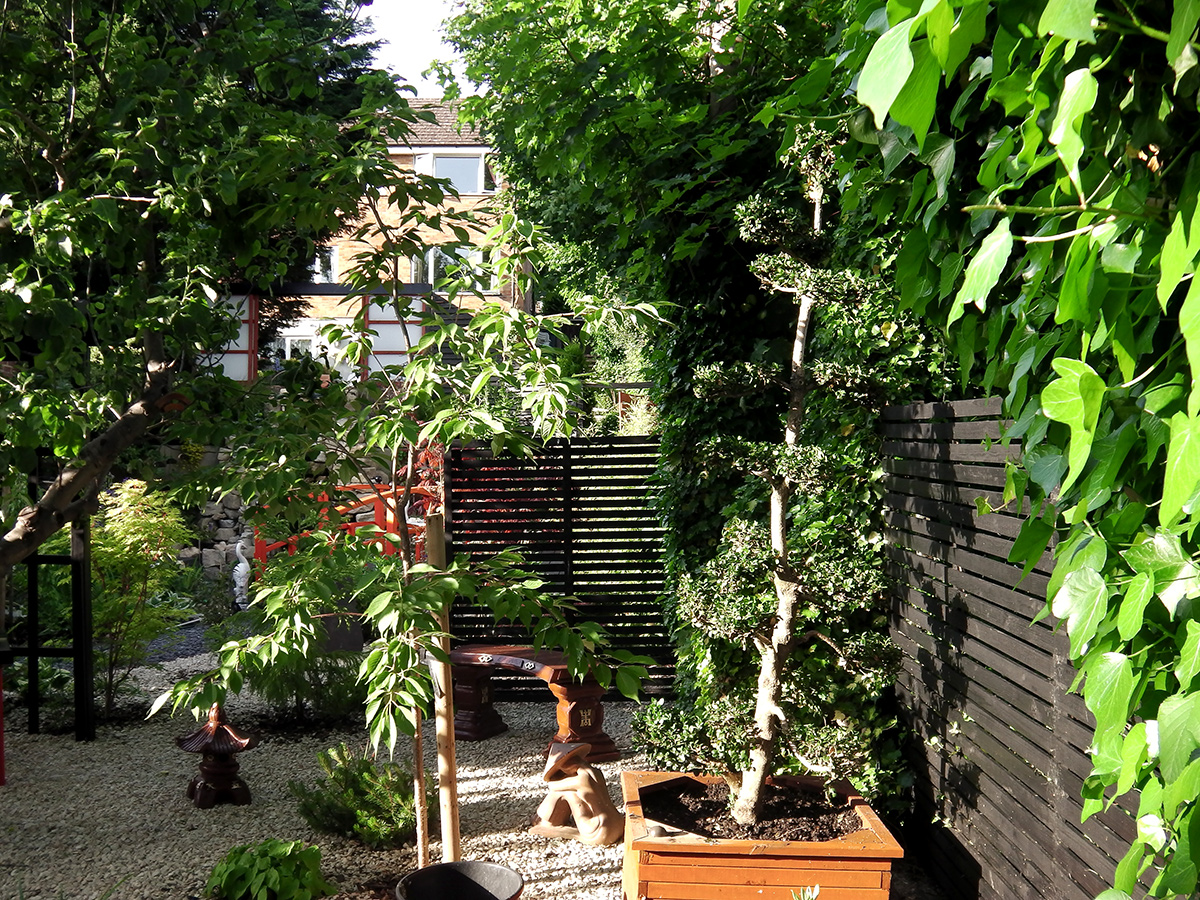 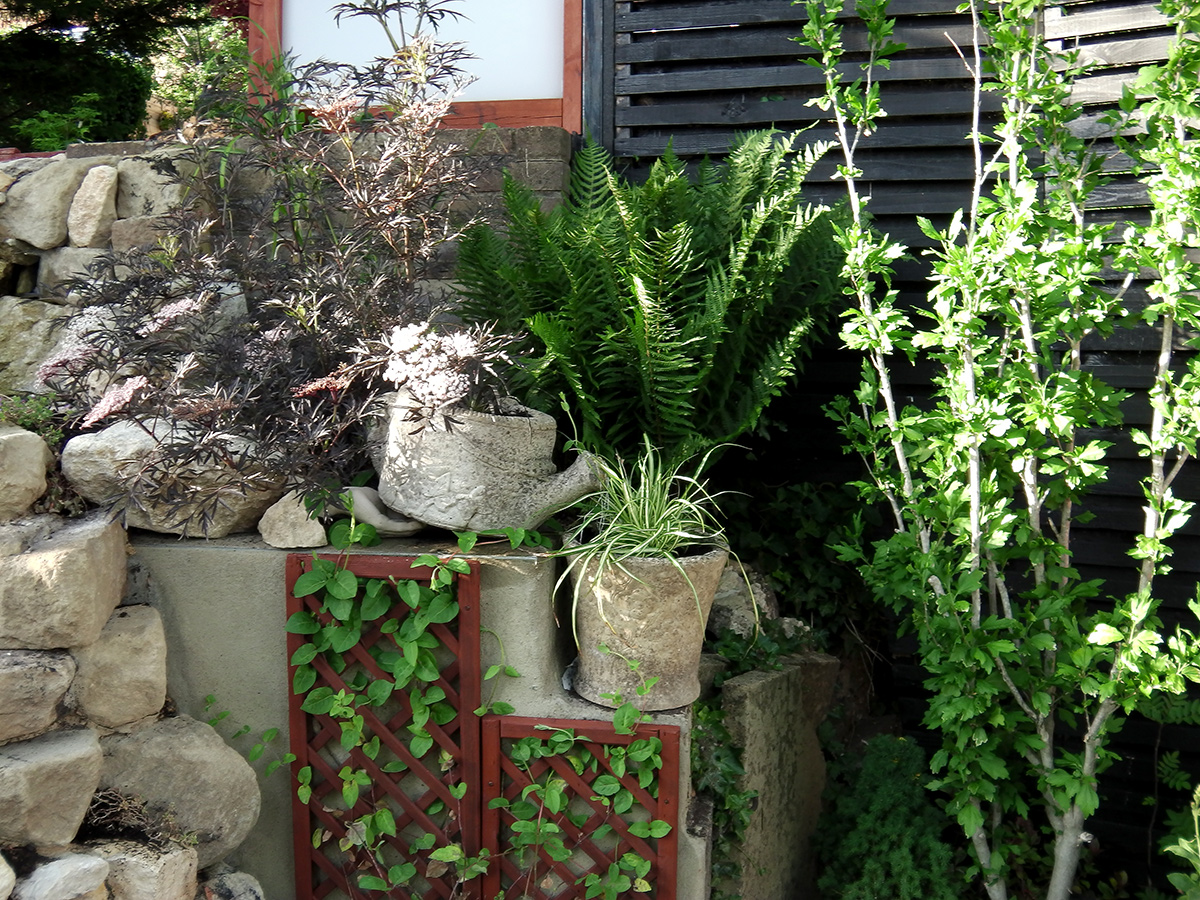 Below are some shots of the garden before we began. 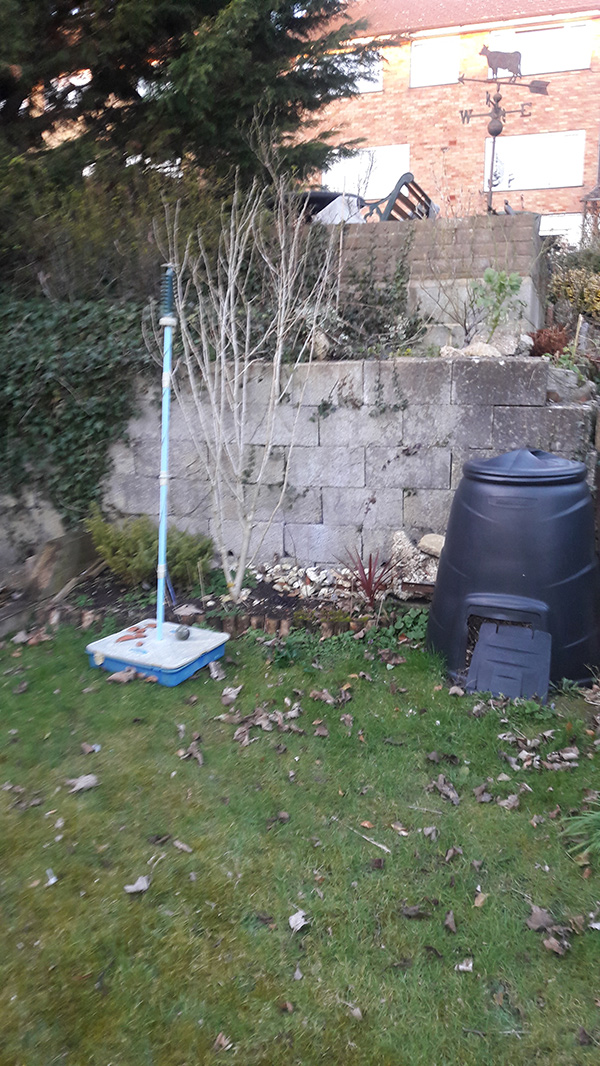 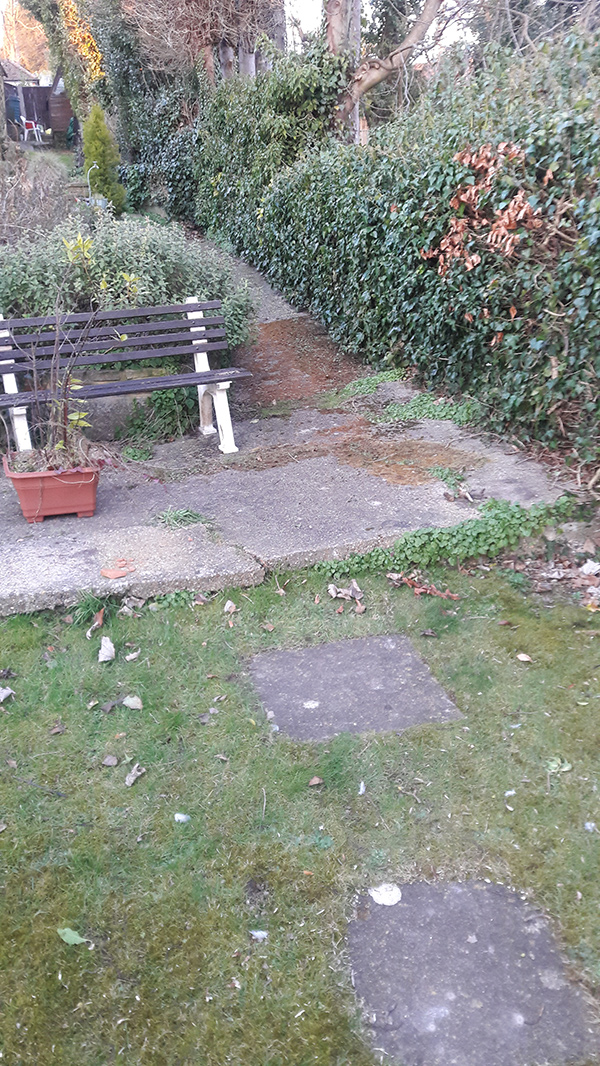 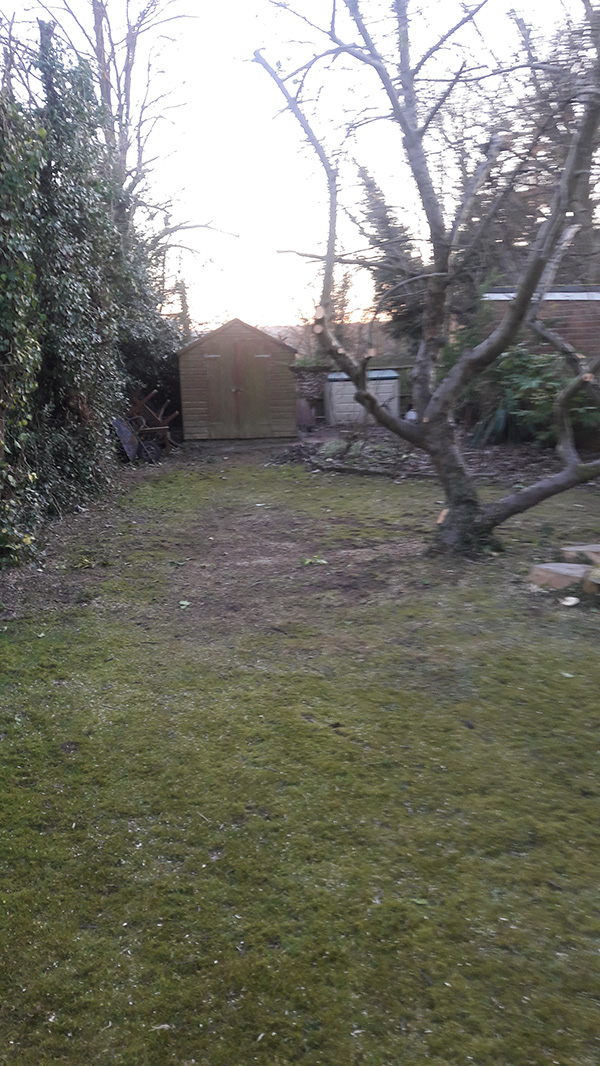 If you would like us to design your new garden, the first step is to get in touch via the form below. Please leave a contact telephone number.