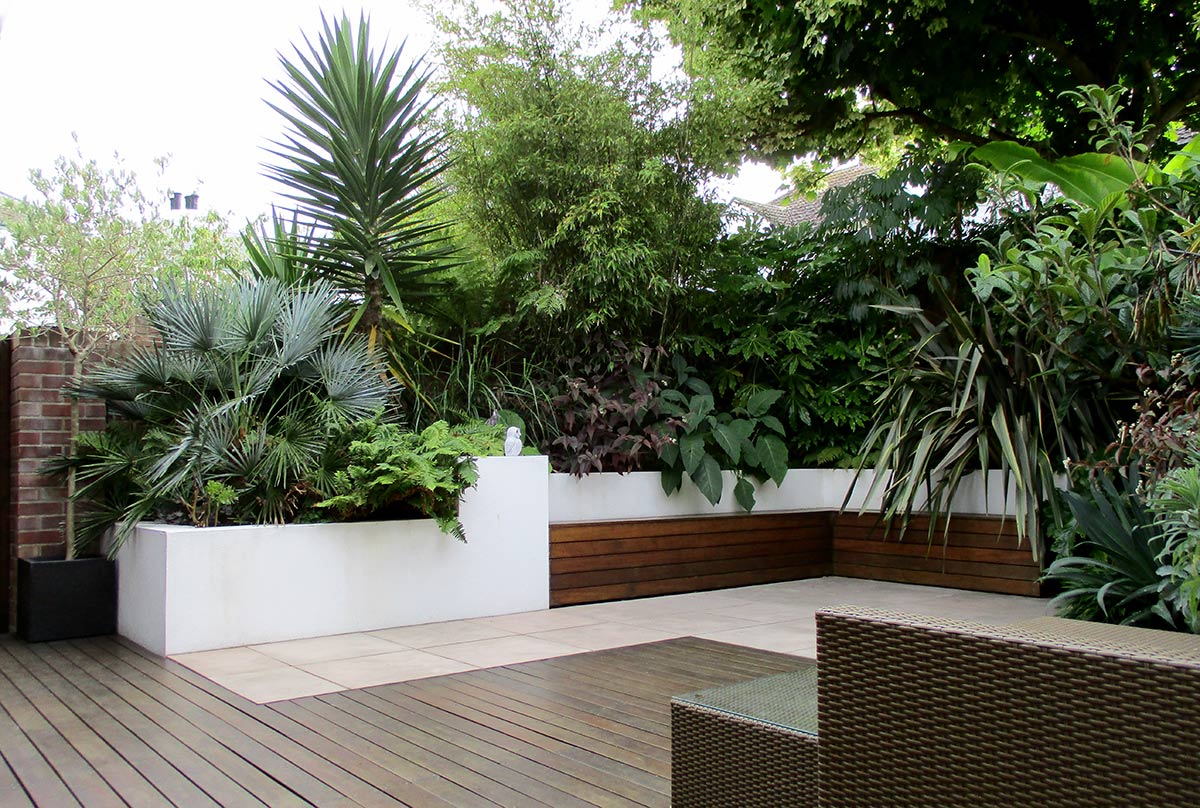 We undertook this scheme for a couple in Ashby who were in the process of selling their home and moving to the Devon coast. The new property had a small and unloved, sloping area of turf for a back garden, and they wanted to install a modern space for relaxation, including architectural planting and space for sculpture. They were also interested in working with a mixture of hard surfaces.

We worked from a survey and photographs supplied by the client and, as well as design work, we provided construction plans to be used by a local landscaping company, and planting plans.

We specified a combination of stained hardwood decking and seating areas with rendered blockwork planters, a plinth for the statue, and Bradstone Ivory sandstone paving. Making the most of Devon’s warmer microclimate, we suggested a primarily green planting scheme (with some white and purple) which included sculptural Fatsia, Trachycarpus fortunei, X Fatshedera lizei, Phyllostachys aurea, Musa basjoo, with some herbaceous planting such as Zantedeschia aethiopica, Hosta ‘The Patriot’ and Hosta ‘Thunderbolt’ to be added in the spring.

Here are the before and after shots: 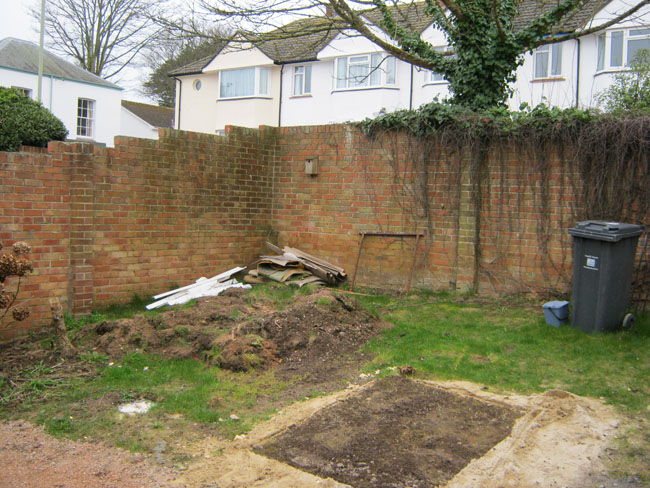 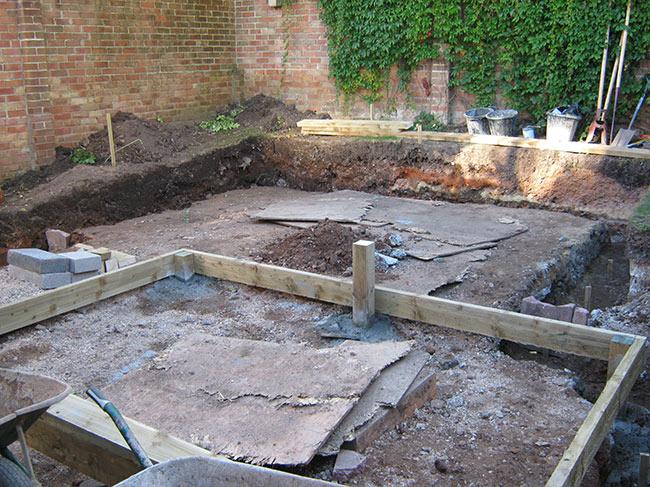 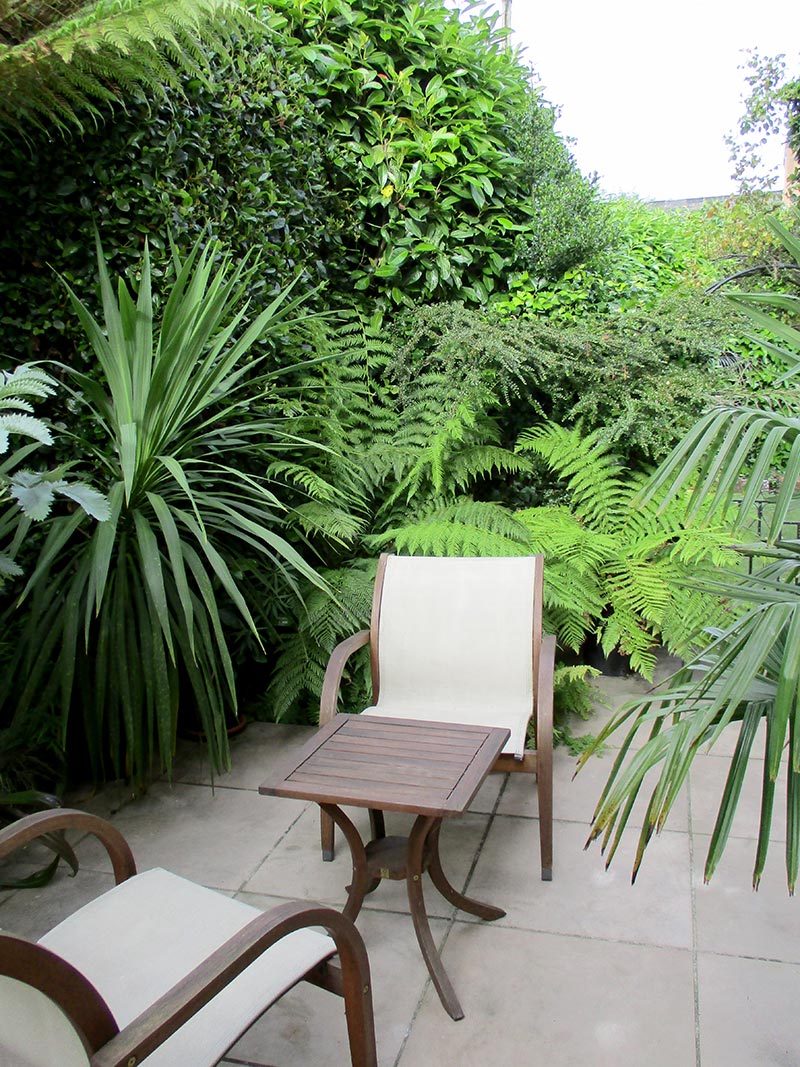 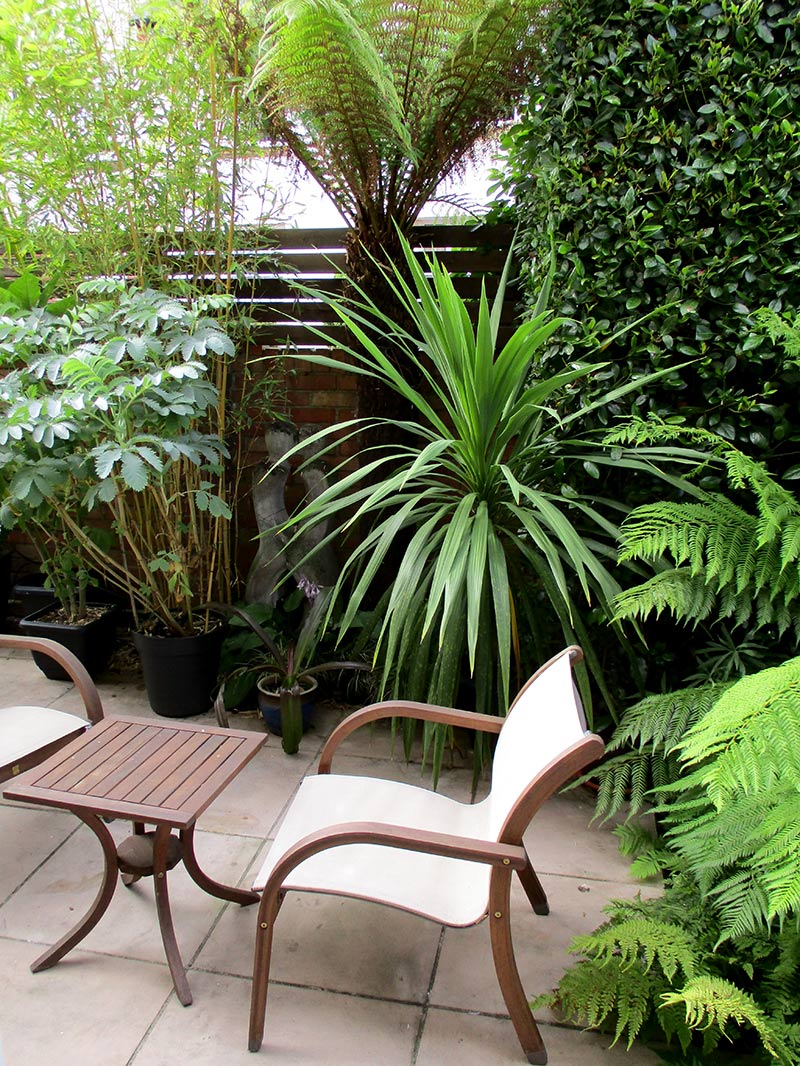 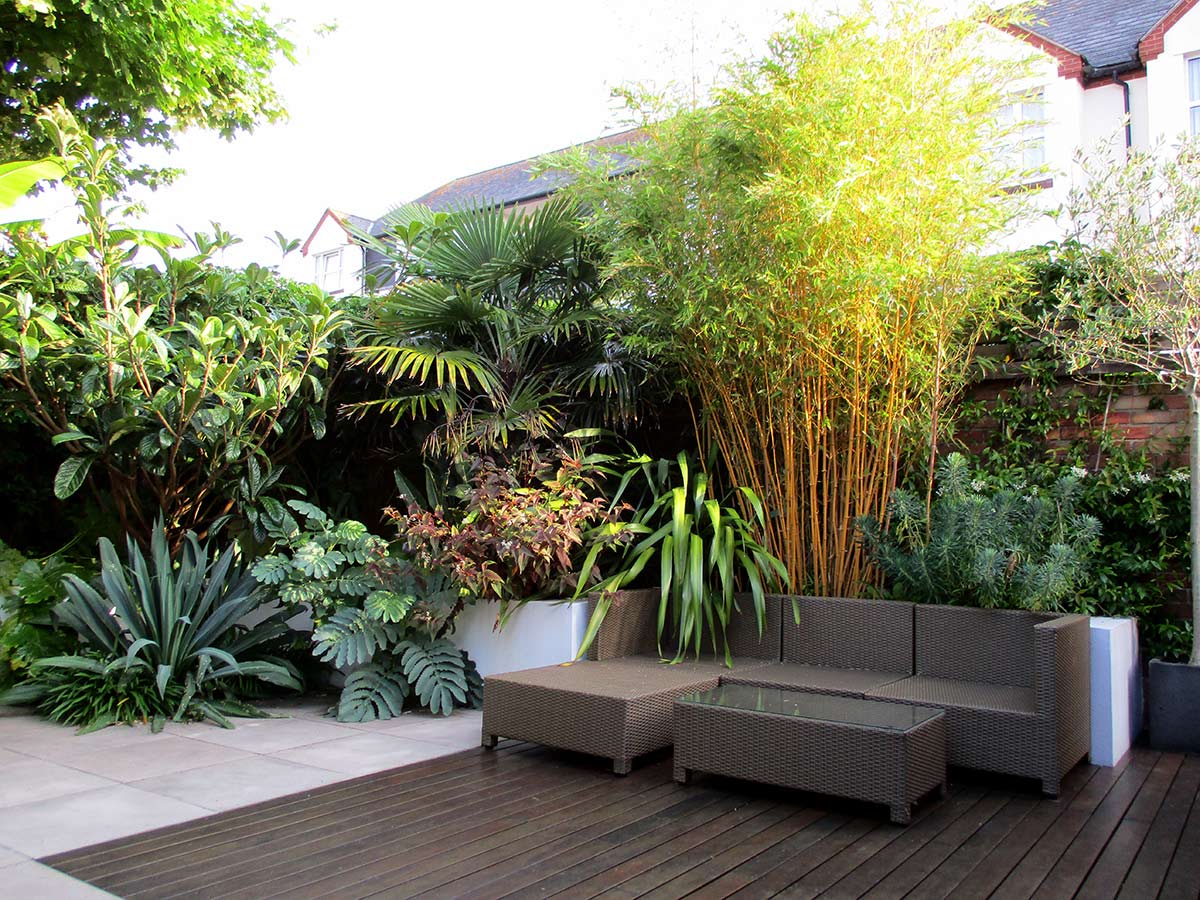 We’ll give our clients the last word: “…we are very pleased with the garden – many thanks again for the excellent design!”